Splinters are a common everyday injury, and current home remedies remain insufficient. Tweezers can be painful, difficult to use, and can leave fragments of wood behind. It is also important to remove a splinter promptly for two reasons: first, to reduce inflammation, and second, to reduce the chance of infection. To solve this problem, Escherichia coli can be genetically engineered to enzymatically digest the cellulose and lignin present in a wood splinter, which can then be washed out of the wound or reabsorbed by the body. Using Gibson Assembly, competent E. coli were transformed with a ligninase to digest the lignin in wood, with plans to add an endoglucanase, exoglucanase, and a beta-glucosidase to digest the cellulose in wood after the lignin is removed. However, when we assayed our transformed bacteria for ligninase production, we found that our bacteria were not expressing it extracellularly. Going forward, we plan to troubleshoot our lack of expression of ligninase and then transform our bacteria with cellulases to complete our system. For commercial purposes, this system can be used as the source of enzymes for a future enzymatic cream or bandage. 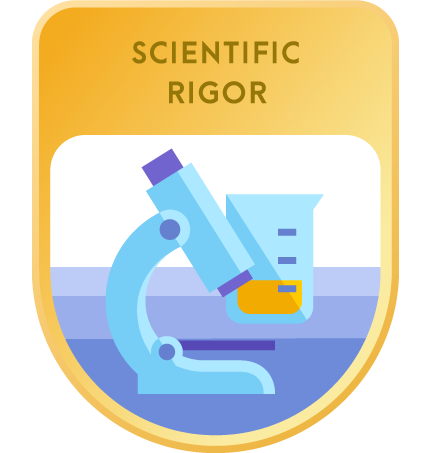 The goal of our system is to create bacteria that can digest lignin to make the removal of splinters in human skin less painful. In flowering plants, lignin evolutionarily supports rigidity for vascular tissue structure and therefore is an important component to consider in softening plant material. Bacterial digestion of wood has been extensively investigated for the production of sustainable fuels (Kumar et al. 2008), however, while systems that can digest pure cellulose exist, the lignin contained in wood prevents its digestion as the cellulose is held inaccessible to cellulolytic enzymes (Mosiera et al. 2004). Our ultimate goal is to transform a bacteria that is able to digest wood. Mosiera’s paper outlines the process of enzymatically digesting lignin in plant material.

Preparation of Ligninase gBlock dsDNA. An insertable dsDNA sequence was designed to contain the desired ligninase coding region (BBa_M36188), preceded by a highly efficient isopropyl β-D-1-thiogalactopyranoside (IPTG) promoter (BBa_R0010), a strong ribosome binding site (RBS; BBa_B0034), a peIB leader sequence (BBa_J32015), and followed by a double terminator (BBa_B0010). The sequence also contained intentional 20 bp overlaps with the EcoRI and HindIII sites on vector pUC19 for simpler assembly. This sequence was manufactured and purchased from Integrated DNA Technologies (IDT, Coralville, IA) in the form of powdered dsDNA. The ligninase gBlock was reconstituted in Tris-EDTA (TE) buffer and incubated at 50°C for 20 min. The gBlock solution had a final concentration of 10 ng/µL.

Linearization and Preparation of pUC19. A 1 µg/µL pUC19 solution, nuclease-free water, New England Biolabs (NEB, Ipswich MA) CutSmart Buffer, NEB Hi-Fidelity EcoRI solution, and NEB Hi-Fidelity HindIII solution were mixed by gentle flicking in a microcentrifuge tube to linearize the pUC19 transformation vector. The solution was thermocycled at 37°C for 30 min. to digest pUC19, and then at 65°C for 20 min. to inactivate EcoRI and HindIII. The solution was then diluted with nuclease-free water to achieve a final concentration of linearized pUC19 at 50 ng/µL.

Ligninase Assay. The assay procedure described by Magalhães et al. (1996) was performed on pUC19-Ligninase E. coli. 0.2 M acetate buffer at pH 4.0, 8 µM methyl blue solution, 80 µM hydrogen peroxide, and a liquid LB-amp culture of pUC19-Ligninase E. coli were prepared. A reaction solution of methyl blue solution in a 1:1 ratio with hydrogen peroxide was prepared in the acetate buffer and added to the liquid media in order to assess lignin peroxidase activity. The assay solution was blue, so we looked for a color change and bubbling.

Upon the first trial and plating, it became apparent that the amp utilized had not been potent enough to kill untransformed E. coli. Therefore, a replating with a different amp was necessary on the plates that contained amp in order to garner valid results (Figure 1).

The assay described by Magalhães (1996) was performed according to the protocol above. Particularly, we looked for the color change in a dilute solution of Methyl blue. No color change occurred when the E. coli was added to the methyl blue solution, so we conclude that lignin peroxidase was not present.

The overall results of the experiments were successful. The E. coli, which accepted the pUC19, showed successful growth against the amp, indicated by the spots of bacterial growth on plate 2-1, which served as a positive control. Plate 1-2 showed a vast amount of E. coli growth, as no amp was added to the plate. Plate 2-3 contained E. coli with both the pUC19 and ligninase. The E. coli that grew on plate 2-3 showed similar patchy spots of bacterial growth, as in plate 2-1, indicating that the E. coli that accepted the pUC19 and ligninase were able to successfully grow. Plate 2-2 contained ampicillin, and strains of E. coli that did not have the pUC19. Unexpectedly, there was a minute growth of E. coli. By theory, no strains of the E. coli should have been expressed, as none of the bacteria on plate 2-2 had resistance to amp. The results of plate 2-2 suggest the possibility of contamination by improper lab protocol. Some foreign material or other strains of bacteria may have entered plate 2-2 during the process of making the agar plate, the handling of the E. coli, or the inoculating process. Alternatively, an insufficient amount of amp may have been used or ineffective amp may have been used, but this is very unlikely, as plate 2-2 had minimal growth of E. coli, and plates 2-1 and 2-3 did not show the same growing patterns of the E. coli as plate 1-2, suggesting that the amp was effective.

The assay to confirm extracellular expression of ligninase failed, indicating no extracellular expression of the enzyme. Our leading hypothesis for why this was the case is that our bacteria were transformed with pUC19 without our ligninase insert. However, it is also possible that our design as a whole does not work. In the future, a restriction digest using electrophoresis to analyze components of the plasmid can indicate whether the ligninase sequence was spliced at all. If the results from this test show that we successfully transformed the plasmid that had our gene in it, we will need to modify our system before incorporating our original desired enzymes: exoglucanase, endoglucanase, and beta-glucosidase.

We would like to thank our mentor, Aaron Mathieu, the BioBuilder Foundation, Dr. Natalie Kuldell of BioBuilder, New England Biolabs, Integrated DNA Technologies, Biogen Idec, and Benchling for their support.