Fish owners know the tiring problem of an algal bloom in their tanks. Many owners try to solve this problem by purchasing chemicals or fish that eat algae, such as the catfish. The maintenance required to keep algal blooms at bay in fishtanks is tiresome to many fish owners. Our product hopes to help fish owners by actively starving algae of their essential nutrients. We intend to use Candidatus Accumulibacter phosphatis (CAP) as our main chassis, which is an aerobic polyphosphate-accumulating organism (PAO) that intakes surrounding phosphates in water bodies and stores it as polyphosphate. CAP would be paired with the PHO89 promoter which is activated in the presence of phosphate. Furthermore, we would isolate the gene used by bacteria such as Vibrio fischeri, in order to produce a luminescent effect on our organism. The activation of PHO89 would trigger this luminescence and indicate to the owner that there is an abundance of phosphate in the tank and that the organism is neutralizing it. As phosphate levels decrease, the luminescent effect on the tank would, in turn, decrease and the owner would know that a nutrient balance has been restored. If and when there is a CAP overgrowth, the addition of a dead man’s switch, specifically the KT895272 switch, would induce apoptosis. Our product has the possibility of saving the time of millions of fish owners by preventing algal blooms. 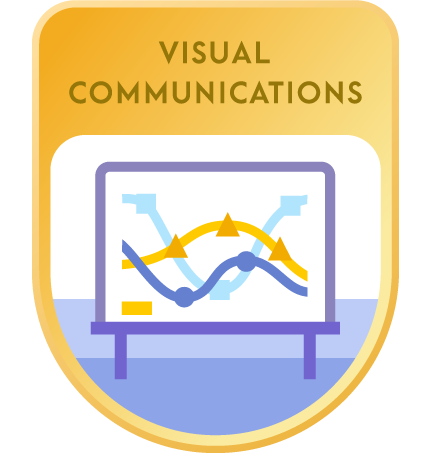 Algae blooms are a consistent problem for freshwater fish owners. A bloom is usually caused by an increased level of phosphate due to overfeeding of fish, fishwaste, or the use of phosphate-rich tap water.  As a result, freshwater fish owners must frequently clean out their entire tank to maintain a healthy habitat for their fish. Over the years, scientists have discovered several methods of reducing the likelihood of algae bloom. Traditionally, fish owners introduce catfish or outside chemicals in tandem with freshwater aquatic plants to combat algae growth. These methods require extra care and can be quite expensive. Furthermore, even with these kinds of prevention tactics, algae blooms can still sometimes occur and the only method of removing algae is to clean the tank. Our team aims to tackle this problem by adding a synthetically modified organism geared towards combating algae growth. We aim to make the lives of fish owners easier by further reducing the odds of an algal bloom and its intensity.

The entire system is to be contained within the CAP chassis, which could be input into the fishtank. Algae thrives in the presence of excess phosphate, and the main goal of our system is to reduce this chemical in fish tanks. Since CAP already intakes surrounding phosphate to some degree, the addition of the PHO89 promoter with GFP would indicate if phosphate levels were high (Ahn et al. 2009). In order to prevent our system from completely engulfing the tank in case it escapes the adhesive, it is regulated with a dead man’s switch, which induces apoptosis when turned on. This only happens when the bacteria are not in close proximity with one another; for example, if they escape the adhesive and are free floating in the tank. Furthermore, the entire process will be illuminated as the algae gradually decrease in number. The exact science of this will be explained later in the article.

The modified CAP chassis feeds off of excess phosphate, so theoretically when it is placed in the tank, the cell should be sufficiently nurtured. CAP has yet to be cultured in a laboratory, but recent advances in molecular biology have made it a real possibility in the near future (Huabing et al. 2006). The consumer will ideally open a package containing an adhesive strip with one end coated with CAP, and will then place it on the inner walls of the tank, as illustrated in Figure 1.

The main components of our project are extracted from various other organisms in order to create a synthetically engineered bacteria geared towards preventing algal blooms. CAP on its own absorbs phosphates to a certain degree, and we would pair it with a certain PHO89 promoter. This promoter would be activated in the presence of phosphates and would trigger a luminescence that the owner can see (Ahn et al. 2009). We would isolate the gene used by certain bacteria, such as Vibrio Fischeri, that produce a luminescent effect and implement it into the CAP chassis. This gene encodes for proteins such as the Green Fluorescent Protein (GFP) that produce the actual luminescence. Owners can track the progress of the organism because as phosphate levels decrease, so will the luminescent effect on the fish tank because the PHO89 promoter would no longer be activated. Furthermore, we also added the KT895272 switch (kill switch), which would induce apoptosis if necessary. Within the adhesive strip, the CAP organisms would be in close proximity to each other and if they were ever to escape out into the fish tank, they would destroy themselves. The moment that the bacteria are not touching or within close proximity to each other, they would induce apoptosis by activating the kill switch.

CAP is a bacteria that is commonly used in wastewater and sewage treatment. Under certain aerobic conditions, it is able to convert phosphate into polyphosphates with oxygen (O2) (Huabing et al. 2006). However, this type of betaproteobacteria has yet to be cultured. The bacteria should not affect the fish since it is adhered to the side glass of the tank. Isolating the bacteria to a small portion of the tank will reduce risks.

This project may not only benefit fish owners, but also owners and caretakers of freshwater ponds and lakes. Algal blooms in lakes and ponds can also be dangerous to the environment because certain types of algae produce toxins that are harmful to mammals. Our project may be beneficial in preventing future algal blooms. However, the bacteria that we use has not been cultured alone as of present time.

The 2018-2019 Andover High School Biobuilder NarwhalZ Team  would love to thank and acknowledge our high school mentor, Mrs. L’Ecuyer for providing support and direction of our idea. We would also like to thank the other Biobuilder Staff for giving us insightful feedback in order to better modify and improve our project.