With help from the 2020 BioTreks Production Team.

Lactose Intolerance (LI) afflicts 70% of the global population. LI is caused by a deficiency in the natural production of lactase, the enzyme produced by intestinal epithelial cells that breaks lactose into its digestible components glucose and galactose. With no remedy, it is common for the afflicted to avoid dairy products, which may lead to lowered dietary calcium intake and loss of bone density. A synthetic biology approach to supplement the loss or lack of natural lactase production is described wherein an ingestible probiotic releases the enzyme β-galactosidase in the presence of dairy-related saccharides, specifically lactose. The release of β-galactosidase is facilitated by the expression of the ydfD gene, which codes for a novel lytic protein. An edited lac promoter (lacUV5) expresses this gene such that autolysis only occurs in the presence of lactose. β-galactosidase is produced in the period leading up to the stationary phase of the chassis by the lacZ gene, and is regulated by the osmY promoter. Additionally, the dicB gene, known to abolish ydfD induced lysis, is regulated by the osmY promoter, disallowing premature autolysis. These two devices ensure that the NGF-1 E. coli chassis produces supplemental lactose-cleaving enzyme and releases said enzyme in accordance with environmental cues to effectively combat the symptoms of LI.

Authors are listed in alphabetical order. Christopher Kuffner and Monica Cong mentored the group. Please direct all correspondence to ckuffner@terpmail.umd.edu. 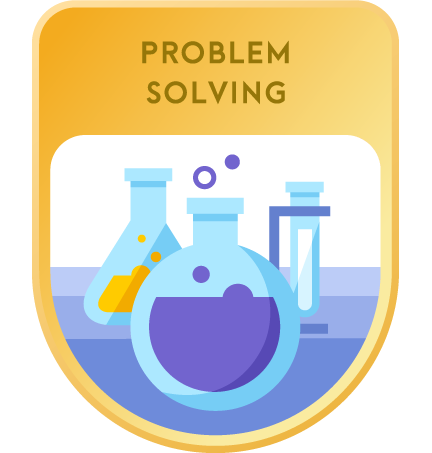 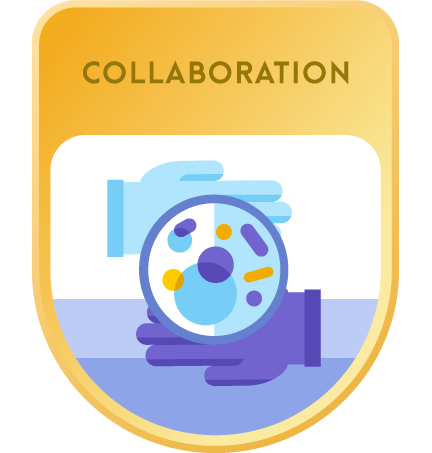 Download a printable PDF version of this article.
This is an Open Access article, which was copyrighted by the authors and published by BioTreks in 2020. It is distributed under the terms of the Creative Commons Attribution License, which permits non-commercial re-use, distribution, and reproduction in any medium, provided the original work is properly cited.

Lactose Intolerance is the inability to sufficiently break down lactose, a disaccharide composed of glucose and galactose. In lactase-persistent individuals, lactose is hydrolyzed by the enzyme lactase into D-glucose and D-galactose before it can be absorbed by the body. Especially in younger patients, LI may be caused by mutations to the LCT gene, a gene within intestinal epithelial cells in the human small intestine which produces lactase. These mutations affect the function of the lactase enzymes it produces. In the majority of cases, lactose intolerance is the decreasing expression of the LCT gene via a regulatory element found upstream in the MCM6 gene (Labrie, Buske, Oh, et al. 2016). Undigested lactose continues into the large intestine where it may ferment into short-chain fatty acids, H2, and methane. In the presence of some enteric bacteria, such as Streptococcus lactis, the malabsorbed lactose may ferment into lactic acid (Fassio, Facioni and Guagnini 2018). These processes cause abdominal discomfort or cramps, abdominal bloating, diarrhea, and gas.

LI is a chronic disorder with no cure and little recourse. Lactose intolerant people seeking treatment or relief options may encounter lactase enzyme supplements, but these are not ideal for most due to their inconvenience. Lactase tablets are meant to be taken with the first bite of any lactose containing meal and every 30 minutes after, requiring they be on-hand and in abundance. The lack of viable treatment options may lead to total avoidance of dairy products, which in turn drastically lowers dietary calcium intake. When the body doesn’t get enough calcium it takes calcium from the bones, a process which makes bones weak and porous, and can lead to future conditions like osteoporosis. Other than this, infants who are born with mutations to the LCT gene can end up sick and malnourished, especially without access to lactose-free formula.

Probiotics are live microbes which have a positive effect on their host organism. Probiotics have been observed to have important roles in inhibiting the growth of pathogenic bacteria through various mechanisms, including modification of the gut microbiota and fortification of the intestinal epithelial barrier. Probiotics have also been found to exhibit antagonistic abilities with respect to antigens, outcompeting these antigens in adhering to the mucosa, aggregation and coaggregation, and bacteriocin production. One probiotic found in yogurt, Streptococcus thermophilus, has been observed to break down lactose and allow those with LI to digest yogurt with fewer or lesser symptoms (Markowiak and Śliżewska 2017). Probiotics must be able to survive gastrointestinal conditions.

The lactose operon (lac operon) is an operon found in E. coli among other species. It is responsible for the production of β-galactosidase, an enzyme which catalyzes the hydrolysis of the disaccharide lactose into the monosaccharides glucose and galactose. The gene encoding β-galactosidase is lacZ. β-galactosidase works by breaking the β-1,4-D-galactosidic linkages of lactose (Juers, Matthews and Huber 2012).

The intestinal epithelial cells that normally produce the human supply of lactose cleaving enzyme are found in the brush border of the small intestine, so it would be ideal for the probiotic supplement to colonize this region of the gastrointestinal tract.

The intent was to design an ingestible probiotic bacteria administered on a monthly time frame which could supplement the host with β-galactosidase in order to combat the effects of LI or lactose sensitivity by working to cleave undigested lactose into galactose and glucose before it becomes fermented in the large intestine. It was not complex to produce β-galactosidase, as the lacZ gene is part of the well documented lac operon. β-galactosidase is a large enzyme (1021 amino acids), and due to its size cannot be secreted through any known bacterial protein channels (Dwyer, Malinverni, Boyd, et al. 2014). For this reason cell lysis is necessary to disseminate it.

This autolysis occurs under the stimulus of lactose, so there must be a reserve of β-galactosidase within the cell prior to the consumption of lactose. The solution is to produce β-galactosidase during the lag and log phases of bacterial growth. Lysis before the stationary phase, when only a small amount of β-galactosidase will be available, would be ineffective so a lysis-preventative gene is expressed during this phase.

The probiotic is ingested and the NGF-1 E. coli chassis is given time to adjust to the gastrointestinal conditions and colonize the mucosa of the large intestine. After some time, the bacterial population will reach its stationary phase and be primed for β-galactosidase expulsion. At this point, the introduction of lactose will cause some percentage of the population to lyse, and the burst of β-galactosidase will work to break down any lactose into glucose and galactose before it can be fermented into methane and lactic acid by other enteric bacteria. This prevents the symptoms of LI.

The remaining population reenters the log phase, growing in size until entering the stationary phase and again priming for the next instance of lactose.

Device 2 (Figure 2) uses the lacUV5 promoter to over-express the ydfD gene in the presence of lactose, causing the bacteria to lyse thereby releasing the β-galactosidase.

Device 3 (Figure 3) prevents premature autolysis by activating the dicB gene , which is known to prevent ydfD induced autolysis. The osmY promoter ensures that once the bacteria enter the stationary phase this function shuts off, priming the chassis to utilize the second device to the highest efficiency.

The lambda red system is used to insert these devices directly into the chromosome of the chassis bacteria. Chromosomal integration ensures all three devices will be passed on to the daughter cells, which is necessary for the overall design but difficult to achieve using plasmids as the sole expression vector. Because this is bacterial chromosomal integration, the lambda red genes will be expressed through a plasmid so that they can be removed from the cell after successful creation of recombinant clones. To insert the devices into the chromosome of the chassis, an insert site (a gene) is selected, and specialized primers are used to basically flank the devices with around 50 base pairs of said gene. Once the sequence is prepared for insertion the plasmids expressing the lambda red genes are induced. The device is introduced into the chassis via a controlled electric pulse which opens membranous pores (Datsenko and Wanner 2000).

lacUV5 is derived from the lac promoter found in E. coli. The lac promoter is repressed transiently in the presence of glucose and also through catabolite repression. lacUV5 is insensitive to these forms of repression in even extreme conditions while still maintaining a level of expression on par with the wild type promoter. These factors make lacUV5 a strong promoter, and being a derivative of the lac promoter, still induced in the presence of lactose (Silverstone, Arditti and Magasanik 1970). A strong promoter sensitive to lactose is important for well-timed β-galactosidase expulsion.

The lacZ gene is found in E. coli in the well documented lac operon. LacZ codes for β-galactosidase, making it the most essential component of the project.

The ydfD gene is found in E. coli and codes for a lytic protein. ydfD induced lysis entails one to two cell ruptures and an observed 99.9% mortality rate within 2 hours (Masuda, Awano and Inouye 2016).

The dicB gene is found in E. coli and primarily serves to inhibit stable Z ring formation, preventing cell division. It has also been shown to abolish ydfD induced cell lysis (Masuda, Awano and Inouye 2016). By expressing this gene during the lag and log phases premature cell lysis is prevented.

Expressing this gene during the log phase seems impossible without some editing, as prevention of cell division does not lend itself to population growth. The range of the dicB protein most important to Z ring interference has been mapped to the N terminus, so various primers could be used during PCR to edit out different lengths of the N region. These edited dicB genes will have to be tested until one is found to inhibit ydfD induced lysis without preventing cell division.

Given that this design is intended for commercial release and ingestion, extensive measures must be taken to ensure no health risks are posed. No precaution is too far for consumer goods. Although the NGF-1 E. coli chassis successfully colonized mice intestines with no noted negative health effects (Ziesack, Karrenbelt, Bues, et al. 2018), it would be wise to utilize simulated human gastrointestinal conditions or even highly controlled human trials in the later stages of development.

The time frame this probiotic operates on is difficult to predict without testing. This testing will focus the time it takes for the colony to reach its stationary phase, at which point lactose can be consumed by the host. Persistence of the colony once introduced to lactose and the time this remaining population takes to enter its stationary phase must also be understood so that the host is aware of what amount and at what times it would be appropriate to consume dairy and expect the reduced symptoms this probiotic offers.

Due to the prevalence of LI, it is uncommon to think of this widespread condition as something that solicits treatment. Persons affected by LI, having no recourse save attempting to fill the void with the most bland and unworkable ice cream substitutes imaginable, may find a commercial probiotic that opens up their world to dairy highly exciting.

I would like to acknowledge my mentors Christopher Kuffner and Monica Cong who generously provided all the guidance and support this project could’ve asked for.

This project was accomplished through participation in the BioBuilderClub, an after-school program organized by BioBuilder Educational Foundation. BioBuilderClub engages high school teams around the world to combine engineering approaches and scientific know-how to design/build/test their own project ideas using synthetic biology.